The Diversity Fellow - Academic Diversity Program Coordinator is responsible for the development of infrastructure for selected academic diversity programs within the Division for Diversity and Inclusion and Associate Provost for Student Development and Public Affairs (APSDPA). The Diversity Fellow, works cooperatively with the DDI and APSDPA staff to provide quality, seamless academic services, which includes publicizing data and news about faculty, staff, student and community engagement successes. 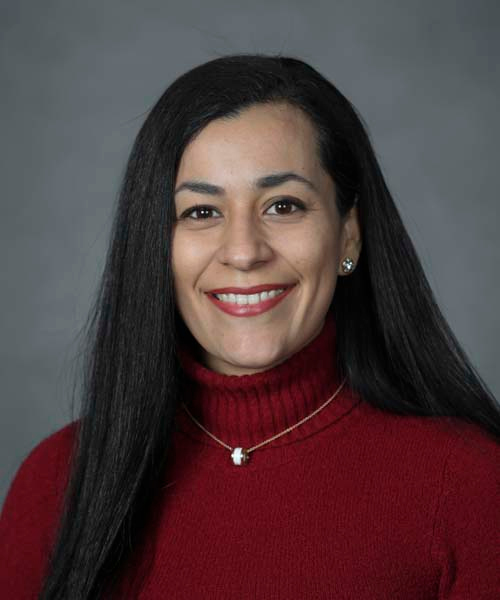 Dr. Blanca Judith Martínez Díaz is from Monterrey, Mexico. She has a background in Secondary Education from the Normal School of Monterrey and a Law Degree from Universidad Autónoma de Nuevo León. Dr. Martinez earned a Masters in the Arts of Teaching from Missouri State University and holds a Ph.D. in Comparative Literature and Cultural Studies from the University of Arkansas, with emphasis in the Hispanic Studies Interdisciplinary track.

Dr. Martínez has been at Missouri State University since fall of 2002 where part of her charge included the development of the Hispanic Initiative Program (HIP) for the College of Education. She has provided field experiences in diverse settings for pre-service teachers and also coordinated programs with area public schools, parents, and various communities to identify and recruit students from diverse backgrounds for Missouri State University. Judith also co-founded the STEP (Student Transition Education Program), and the Latino Leadership Institute (LLI) at Missouri State University to mentor and develop Latino Students on Campus and beyond.

Dr. Martínez has taught in k-12 settings in Mexico at the American School Foundation of Monterrey and at the College Level at the Normal School of Monterrey. She has also taught at Sparta R-III District and Central High School in Springfield, Mo. She currently teaches Language, Culture and Literature courses as an Assistant Professor in the Department of World Languages and Cultures in the College of Arts and Letters.

Dr. Martinez was awarded the Curtis T Lawrence Master Teaching Award in 2019. Her research interest focuses on the analysis of representations of violence of contemporary Latin American literature and culture. Some of her main focus revolve around the topics of poverty, narco-narrative, patriarchy and forced migration.